There’s a new way to calculate your pregnancy due date

When are you due?  When you are pregnant, a certain date becomes very important.  It is a date you plan things around, and a date that you know will change everything.  Traditionally due dates are calculated by last menstrual period. But now, doctors have new guidelines to ensure that women are receiving the most accurate due date possible. 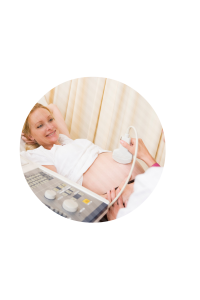 Currently, due dates are calculated by using an estimate based off of a woman’s last period and the “average” length of pregnancy, which is a total of 40 weeks. Assuming a regular, 28-day cycle for a woman, ovulation usually occurs around day 14 of the cycle — so if fertilization occurs during that window, a woman is considered already two weeks pregnant, as the due date is calculated from day one of the cycle. By the time most women find out they are pregnant when they miss their periods two weeks later, they are already considered a month pregnant.

The problem, of course, is that not every woman’s cycle operates on a regular 28-day pattern, and ovulation can be unpredictable and change as a result of stress, birth control or sleep deprivation. A woman who has a longer cycle and ovulated later but didn’t realize it could actually have a due date that’s off by a week — hence the reason doctors usually say there’s a good two-week “cushion” for calculating due dates.  And let’s face it, sometimes women do not recall exactly the date of their last period.

Now, the American College of Obstetricians and Gynecologists (ACOG) is cracking down on the uncertainty surrounding a woman’s due date. It joined forces with the American Institute of Ultrasound in Medicine and the Society for Maternal-Fetal Medicine to recommend that doctors now calculate due dates with an early, first-trimester ultrasound and combine those findings with a woman’s menstrual cycle information to determine a more accurate due date.

Why all the fuss about getting due dates right?  Well, in addition to what I think is supporting a mother’s mental health (those last few weeks of pregnancy can be brutal), a more accurate due date provides better overall care for baby. “This information is vital for timing of appropriate obstetric care, scheduling and interpretation of certain antepartum tests, determining the appropriateness of fetal growth, and designing interventions to prevent preterm births, post-term births and related morbidities,” states the ACOG. More premature babies could receive steroids to help their lungs develop, for example, or women with complications could feel more confident in reducing their babies’ risk for the NICU.

The biggest takeaway from the new recommendations is that it’s important for doctors to perform ultrasounds on pregnant women early in their first trimester (up to 13 weeks). The ACOG cites that In one study, 40 percent of women had to have their due dates adjusted because of a discrepancy of more than five days between ultrasound dating and a due date calculated on their periods alone, while those numbers reduced dramatically if a second-trimester ultrasound was performed.