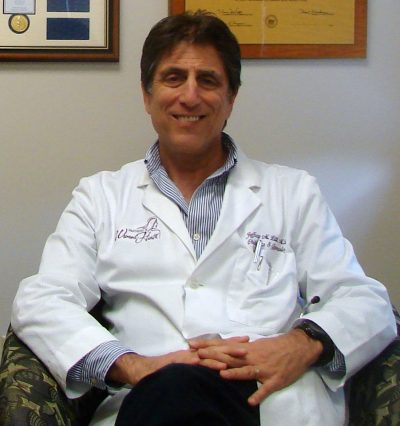 Dr. Litt has specialized training in CO2 Laser Laparoscopy, Genetic Amniocentesis, and Advanced Laparoscopic Surgery including the use of the DaVinci Robot.  He was one of the first gynecologic surgeons in the area to perform Laparoscopic Assisted Vaginal Hysterectomies, Total Laparoscopic Hysterectomies, and same-day outpatient Hysterectomies which have now become standard of care.  He is involved with the Medical Student and Residency teaching program at Columbia Hospital in West Palm Beach.   Dr. Litt was Chairman of the Department of Ob-Gyn at Jupiter Medical Center for 6 years, a member of the Medical Executive Committee for 4 years, and Director of the Department of Obstetrics at St. Mary’s Medical Center.  He has been Chairperson of numerous Committees at St Mary’s Medical Center, Jupiter Medical Center, Palm Beach Gardens Medical Center, Columbia Hospital and Northpoint Surgery and Laser Center. Dr. Litt has been recognized by his peers as one of the “Best Doctors in Palm Beach County” as published in Miami Metro Magazine and again in the Best Doctors in Florida and the Best Doctors in the United States.

Dr. Litt is a strong advocate for physical fitness and combines philanthropy and exercise by competing in endurance events throughout the country with The Leukemia and Lymphoma Society.  He has participated in numerous half and full marathons and for the last 4 years competed in many triathlons.  He has raised over $80,000 for this worthy charity.  When he is not working or spending time with his family, you can usually find him swimming with the masters swim team, biking or running around South Florida training for an upcoming event. He plans to continue doing this until someone dares to tell him he is too old.